Ukrainian junior tennis tournament “Winter Truskavets” in 2020 in the Carpathians

You are here:
EventsNews 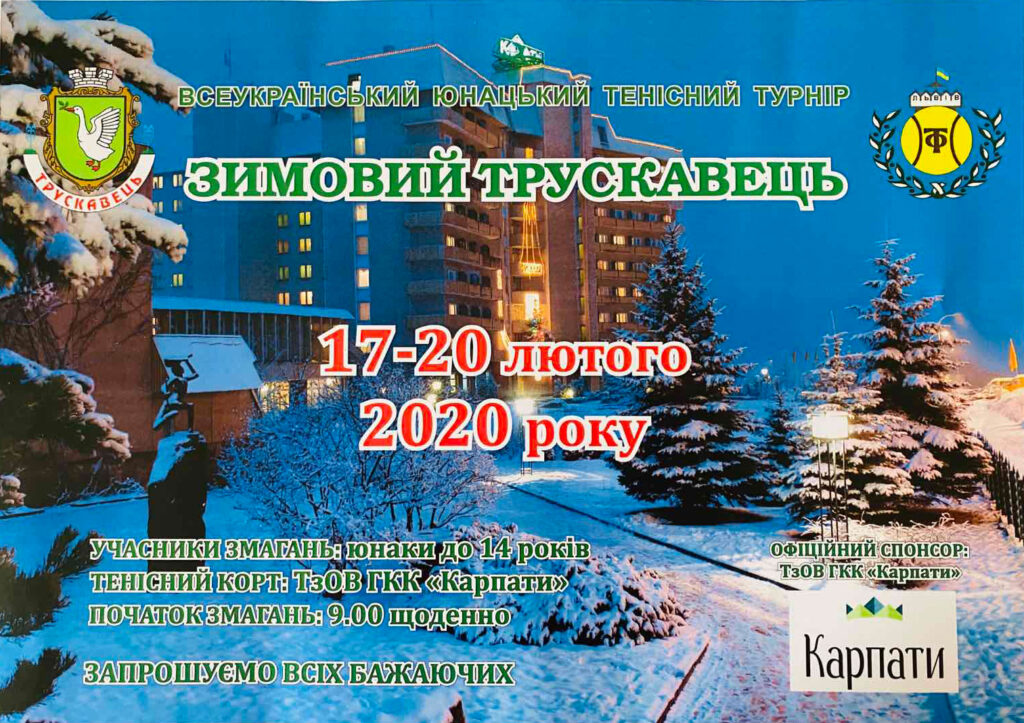 On February 17, 2020, the All-Ukrainian Junior Tennis Tournament started among the youth under 14 (boys) and up to 18 years among girls, which has been held in Truskavets for 18 years in the sports complex of Karpaty and Sport Club and, at the invitation of the sponsor of the tournament, Lev Gritsak – the CEO of this resort.

As noted by the chief judge of the Winter Truskavets tournament, the judge of the National tennis category Anatoliy Stasiuk, the geography of the participants of the tournament is quite wide: young sportsmen from Donetsk, Zaporozhye, Cherkasy are represented, in general from 12 regions of Ukraine where this sport is progressing. This year, quarantine did not allow many tennis players to come to other regions, but famous tennis players are taking part in the tournament, in particular, from Truskavets – the fourth racquet of Ukraine, the second racquet of the region – Yana Mykytin, as well as the winners of regional tennis tournaments.

By the way, here at the Winter Truskavets tournament the world-famous tennis player in Ukraine – Lesya Turenko, who today is fighting for victory in Australia, once having 9 years from birth, competed and won in the age categories up to 10 and 12- you are years old.

The main task of the tournament, according to Anatoly Stasiuk, is to polish their athletic skills of juniors, to improve the methods of play, to prove not coincidence of their stay in the national teams, and to determine the possible winners who will fill the ranks of the National team of tennis in the nearest international competitions.

Both the participants of the Winter Truskavets Tournament, as well as their mentors and Chief Judge Anatoliy Stasyuk, thanked for the warm welcome and favorable conditions for training and good life.

The tennis competitions at Karpaty and Sportovka will continue until February 20, 2020.